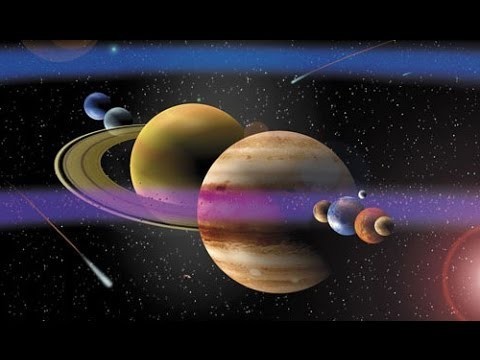 astronomers are still baffled by these…

Do you know about the Venus Vortex?  Or maybe you have or haven’t heard of some of the others on this list.  Even in our own are of the woods so to speak this list remains a mystery.

With the ability to see galaxies, quasars and other formations at extremely far distances you would think we have our own local solar system figured out!  In actuality there are some huge mysteries to this day that are still unanswered.  Here is the video intro:

We’ve also discovered nearly 1,800 planets around other stars. It would be easy to think that we’ve got a pretty good handle on what’s out there. Then you find out that there’s a bizarre giant hexagon on Saturn, and you realize that we don’t understand half of what’s going on with our closest neighbors. These mysteries make it clear we’re going to need a lot more robots.

Here is a list of these 5 mysteries and the video does a great job of giving a quick background of each one:

3.  The Spider On Mercury

1.  Io’s Out Of Place Volcanos

Here is a bit more on Io from wikipedia:

Io is the innermost of the four Galilean moons of the planet Jupiter. It is the fourth-largest moon, has the highest density of all the moons, and is the driest known object in the Solar System. It was discovered in 1610 and was named after the mythological character Io.

Io’s surface is also dotted with more than 100 mountains that have been uplifted by extensive compression at the base of Io’s silicate crust.  Unlike most satellites in the outer Solar System, which are mostly composed of water ice, Io is primarily composed of silicate rock surrounding a molten iron or iron sulfide core. Most of Io’s surface is composed of extensive plains coated with sulfur and sulfur dioxide frost

Do you have any ideas on what is causing some of the phenomenon on this list?