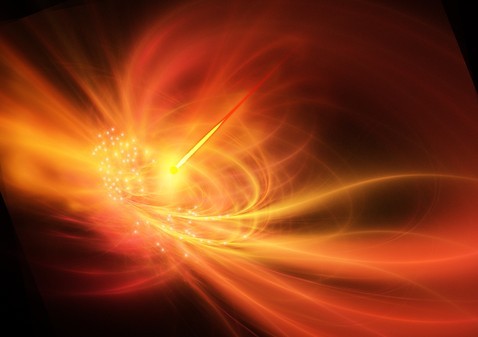 this BAFFLED a lot of astronomers…

Every now and then there is something in science which is totally surprising.  This particular discovery is quite unexpected:

A team of astronomers from Hungary and the United States has announced the discovery of the largest regular formation in the observable Universe – a ring with a diameter of 5.6 billion light-years, displayed by 9 gamma ray bursts (GRBs), and hence galaxies.

GRBs are short-lived and luminous flashes of gamma-rays from space associated with energetic explosions that have been observed in far-off galaxies. They can last from a few milliseconds to several minutes and come from random directions of the sky.

The GRBs that make up the newly-discovered ring-like structure were observed using space- and ground-based telescopes. They appear to be at very similar distances from us – around 9 billion light years – in a circle 36 degrees across on the sky, or more than 70 times the diameter of the full Moon.

Yes you read that correctly.  This thing is so big it is hard to get one’s mind around.

Do you find it odd that it took astronomers that long to discover something like that?

And do you think this means anything particular or is just another cool space phenomenon?