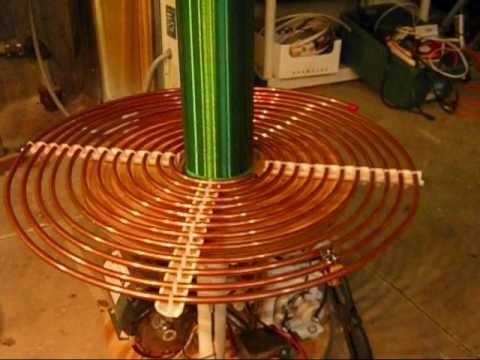 this thing is AWESOME

Once again the great inventor and scientist Nikola Tesla has influenced us to this day.  Not only has a giant car line been named after him and his theories, but the modern ac dc current is still attributed to him by many.  This inventor in the video makes a super powerful Tesla coil in his home lab.  It is pretty awesome and impressive that he was ambitious enough to make this at home.  The cool thing is he shows you how in the video and shows off the device as well.  Just a note he also states it is not for sale (I can only imagine he has received a lot of inquiries) to make such a note.

Check this rad Tesla coil in action on the next page