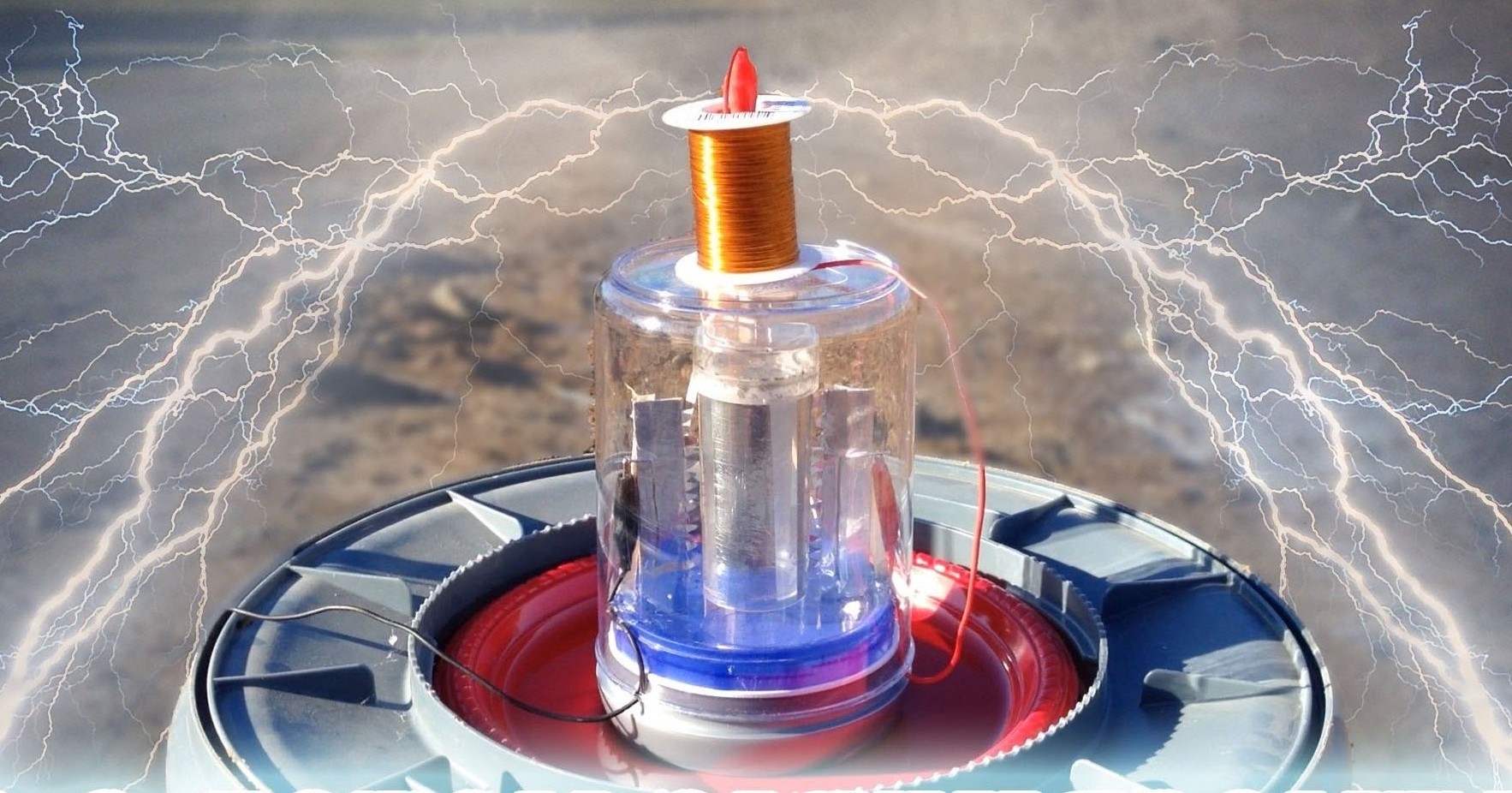 Will this energy machine  work?

Guy makes a really cool home experiment of an alternative energy machine.  Many have tried some efficient energy machines at home using different techniques and there are a lot floating around YouTube.  The most common ones involve neodymium magnets and/or some variation of a Tesla coil.  Some are better than others but it is an area that is getting a lot of attention.

This one is using “atmospheric power” which seems definitely outside the box thinking..  This concept involves a hotly debated area as well where some people are saying it is bogus and some are saying it is worth looking at.

DO NOT TRY THIS WITHOUT THE SUPERVISION OF A PROFESSIONAL

Here is more from wikipedia excerpt on atmospheric electricity:

Atmospheric electricity is the pattern of electrical charges in the Earth’s atmosphere (or less commonly, that of another planet). The normal movement of electric charges among the Earth’s surface, the various layers of the atmosphere, and especially the ionosphere, taken together, are known as the global atmospheric electrical circuit. Much of the reasoning required to explain these currents lies within the field of electrostatics, but also requires understanding of other disciplines within Earth science.

Eliminating, for the moment, consideration of the extremely dense charge populations that exist in the upper reaches of the atmosphere, a region called the ionosphere, filled with hot, dense, plasma gas whose ions give the ionosphere its name, we note that there is always some amount of unbound positive and negative, but net positive, electric charge in the atmosphere closest to the surface of the negatively charged Earth on a ‘fine day’. When days are not so ‘fine’, the net unbound charge that exists in the clouds of thunderstorms can be exceedingly negative.

Commenter Naoki has a good suggestion pertaining to the video:

Hey Laser ever read the book called “electric universe’ by david talbott. The book basically talks about how it was electricity not gravity that shapped the universe into what it is today. The book also has tons of experiments, etc, proving their point. That book opens a door to alternative ways of energy production. Pretty cool stuff, thanx for all the work you’re doing. I’ll be working on stuff as well.

This is definitely fascinating and we hope this experimenter is onto something.  More eficient energy would be great!