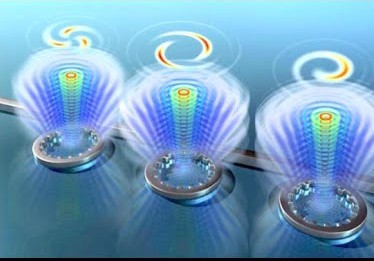 The process physicists describe may be hard to get one’s mind around.  And what they describe may at first seem to violate the physics that we think we understand.  Here is an intro into what they had to say:

Physicists have described a never-before-seen form of light, produced by binding photons (or light particles) to individual electrons.

The find not only points to easier ways to build the quantum computers of the future, it also suggests that it’s possible to combine the properties of both photons and electrons in a single ‘Frankenstein’ particle.

Uh a Frankenstein particle?  Maybe they shouldn’t mess with that.  Are you in the camp that thinks quantum computers will solve a lot of problems or are they opening up a scenario like in the Terminator movies?

They also get into the description of the apparatus and techniques they used in the discovery.