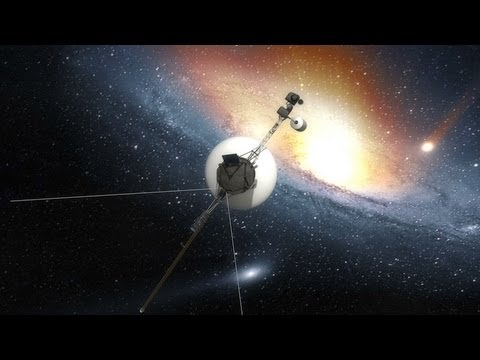 Take a journey into a mission that is not often talked about and had big significance.  Not a lot of people know about the Apollo 17 mission.  It was really in the 1960s and 1970s when NASA started getting ambitious.  Do you have any ideas what happened out there?  Here is an intro about this very informative and cool video:

Cosmic Journeys examines the great promise of the Voyager mission and where it will lead us in our grand ambition to move out beyond our home planet. The two Voyager spacecraft are part of an ancient quest to push beyond our boundaries… to see what lies beyond the horizon. Now tens of billions of kilometers from Earth, two spacecraft are streaking out into the void. What will we learn about the Galaxy, the Universe, and ourselves from Voyager’s epic Journey to the stars?

December 19, 1972… the splashdown of the Apollo 17 crew capsule marked the end of the golden age of manned spaceflight. The Mercury…. Gemini… and Apollo programs had proven that we could send people into space… To orbit the Earth…. Fly out beyond our planet… Then land on the moon and walk among its ancient crater.

Now that was a first and clearly was inspiration to keep trying to get further and beyond the reach of our solar system.