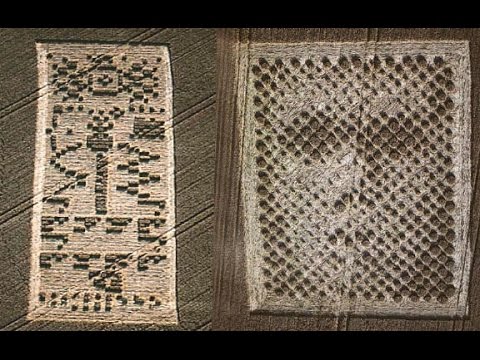 no one knows what this was…

If this strange message is real it was possibly from galaxy Messier 13.  The S.E.T.I. program received a strange message many decades ago.  Although there has been much debate, no one can prove the origins.  It is very controversial with many people saying it was a hoax or a misread.  However there are a lot of folks who still think this was real:

In 1974, the Arecibo Radio Telescope received a major technological overhaul resulting in a massive boost in transmission power. To celebrate the upgrade, Doctors Frank Drake and Carl Sagan created an instellar greeting message, and translated it into a universally understandable binary code template capable of being transmitted to distant galaxies.

This is absolutely fascinating.  Do you think this is real?  The debate is still strong on this one even though the hoopla began almost a half a century ago.  With the new SETI initiative there will be more news regarding this debate.