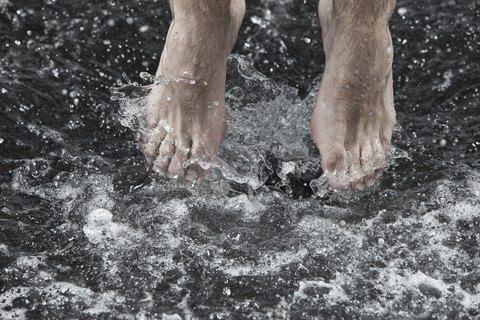 Did anything good happen with this?

Yes you read this headline accurately and can you guess what happened?  We cannot believe it either.  However, in this bold scientist’s defence it is often the people who think outside the box who make the most strides.  This particular engineer wanted to test the health benefits of doing this (he was not trying to be funny like a comedian or the guys on a show called jack#$%)

David Whitlock, a chemical engineer in Boston, has not showered for 12 years.

Whitlock isn’t running an experiment in extreme water conservation. Rather, he believes that humans don’t need to shower to be healthy, and that a daily soap scrub may actually remove a beneficial type of bacteria that keeps the bacteria that contribute to B.O. in check.

To boost the presence of odor-eating bacteria, Whitlock has designed a bacterial spray called AO+ Mist, which is now sold by the companyAoBiome under the brand Mother Dirt. The company hopes this bacterial spritz could reduce the need for products such as soaps and deodorants and potentially even reduce or eliminate the need for showering for those so inclined.

Does this sounds reasonable or is he making a mistake?

Here is a bit more background on his thinking.  He makes some interesting points:

Whitlock first began his no-showering lifestyle after a friend asked why her horse would roll around in the dirt during the springtime. He wondered whether the horse was somehow coating itself with a beneficial substance in the soil. He came to the conclusion that the horse was coating itself with bacteria species in the Nitrosomonasgenus, which is found living on a broad group of vertebrates and invertebrates, he said.

Earthworms, freshwater turtles, clams, mussels: Essentially every organism that’s in contact with either water or the soil will have these bacteria living on it,” Whitlock told Live Science.

Unlike most bacteria found on the human skin, Nitrosomonas bacteria break down ammonia, producing nitrite and nitric oxide (NO), he said. Nitrite is a powerful antibacterial substance. Meanwhile, trillions of receptors for nitric oxide are found in almost every cell in the body, and the substance does everything from relaxing blood vessels to modulating communication between brain cells.

Is this reasonable?  The organisms that he references do have very different dna from us.  Although it also sounds like a clever comparison.  What do you think?  Or is this a bad idea and just going to make a strong smell?  Feel free to comment.

thanks to livescience.com for the great info