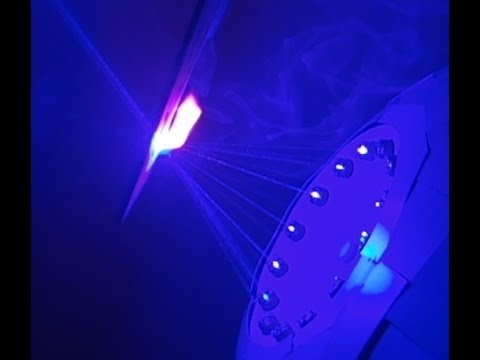 Darth Vader would be jealous…

A mini “death star” was made at home by this experimenter and it works.  Some spend their time teaching science and physics and others come up with tests and inventions.  In the case of LaserGadgets, he does both.  Not only does he have an archive of home experiments, he is kind enough to explain a lot of the processes involved.  Here is a bit more on him:

Priebe isn’t a newcomer to the destructive power of lasers. Earlier this year the YouTuber worked up a real-life Iron Man laser glove, which itself seemed kind of like a reworking of another earlier project, his James Bond laser-shooting wristwatch.

The comments on this first video are pretty humorous.  ML had this to say: