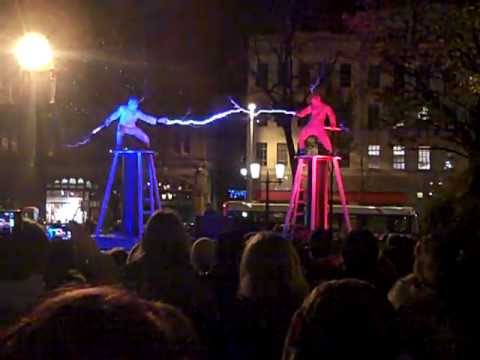 Uh this is something that is bizarrely cool what do you think?  Tesla of course is the world famous inventor that the car company ias named after.  In addition he has spawned many home inventory who upload videos to youtube of their tesla coils.  This battle between two men in different colored suits is actually based on Tesla technology as well.  One red, one blue, one Tesla coil battle.  I guess you don’t see this everyday but the two guys in the video have an epic electricity battle.