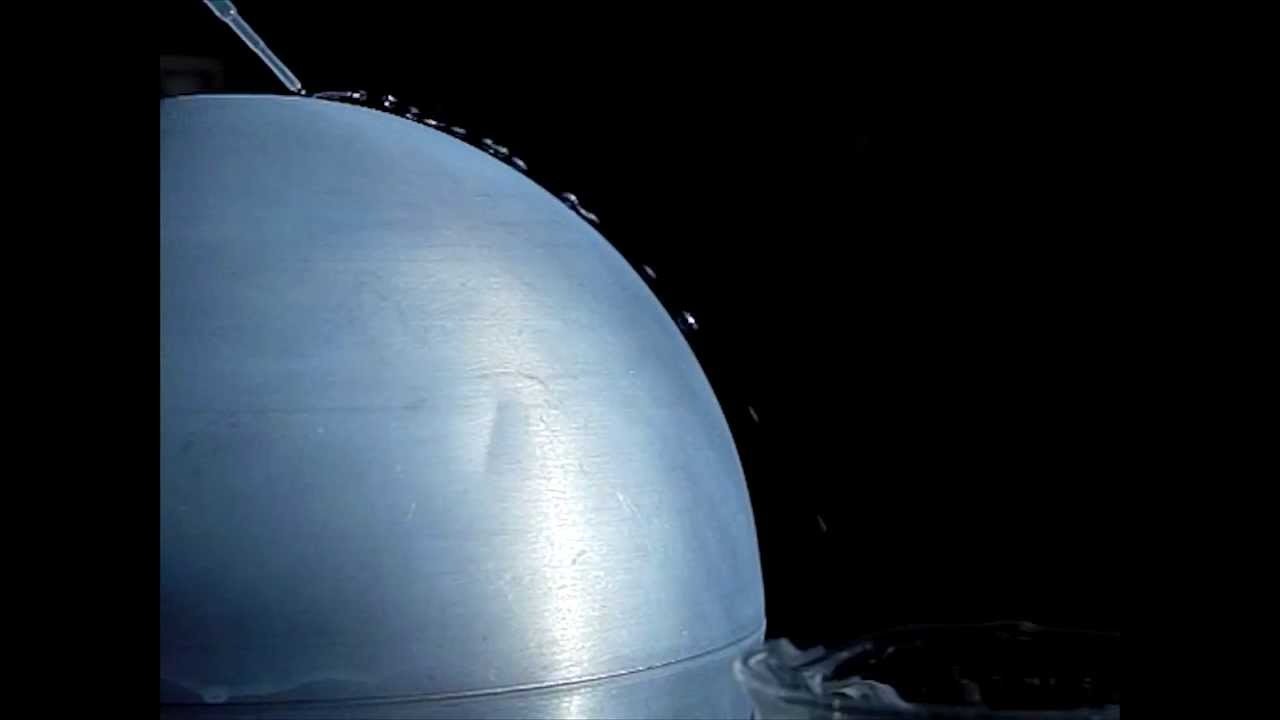 can you guess what happens?

This is a cool experiment showing off some liquid droplets on a spherical surface.  They also coated it with a special compound.  Lucky for us these adventurous experimenters filmed it and shows us what happens:

Consider an object starting at rest at the top of a frictionless sphere. The equilibrium at the top is unstable. Any little nudge to one side will cause it to begin sliding down the surface. If the object stays on the surface, the normal force will clearly go to zero when the side become vertical. But will it become zero before that and cause the object to leave the surface?

Here is the type of coating that was put on to give it the low friction effect:

Here the frictionless sphere is a dome of radius 14 cm which has been coated with a super-hydrophobic coating; NeverWet made by Rustoleum. Drops of water on the surface move with very little friction. This was recorded at 300 frames per second to show the motion of the drops clearly.

One of the commenters makes an astute observation as a stickler for physics rules:

The poster of the video had this reply:

True.  But the friction is very low.  The motion of the water drops approximates the frictionless condition very well.