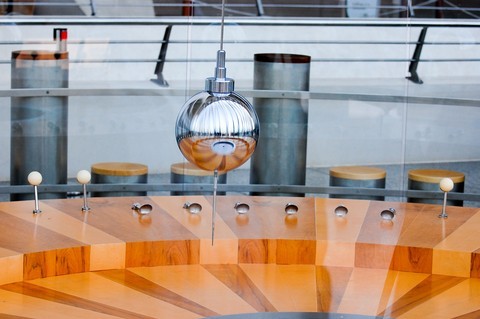 A seemingly basic scientific question has stumped scientists for over three centuries…until now.  A very strange phenomenon that happens when more than one pendulum clocks are in the same vicinity is the mystery.  You would not intuitively think was very difficult to figure out.

There is a new study in the journal Scientific Reports has proposed a solution: the pendulums transfer energy to one another through sound pulses.

Apparently, the new theory if correct could apply to electronic oscillators which are used in the synchronizing of microchips, and studying the properties of many other devices beyond only clocks. As expected, they proved their theory in this way: