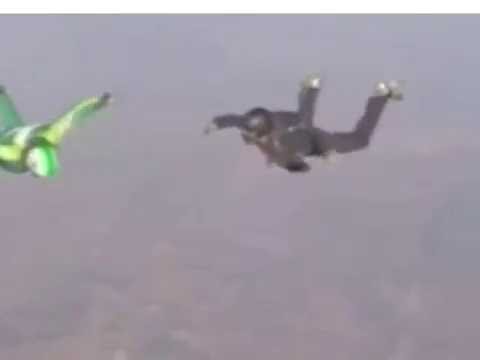 was that a good idea?

He is absolutely crazy and did something that shocked everyone.  When we think of crazy stunts we think of bungee jumping and maybe regular skydivers.  And perhaps you have seen the guy who flies around with the bat wings who definitely has some lack of fear.  However, those people had apparatus attached to themselves which they could sort of depend on.  Here is a bit more info on this insane jump:

An American skydiver has become the first person in the world to purposefully jump out of a plane at 7,620 metres (25,000 feet) without a parachute – and survive.

Instead, 42-year-old Luke Aikins used a huge, 20-storey-high net to break his fall, after hurtling towards the ground at around 241 km/h (150 mph).

Is that too much or what?  Can you believe the lack of fear with this guy?