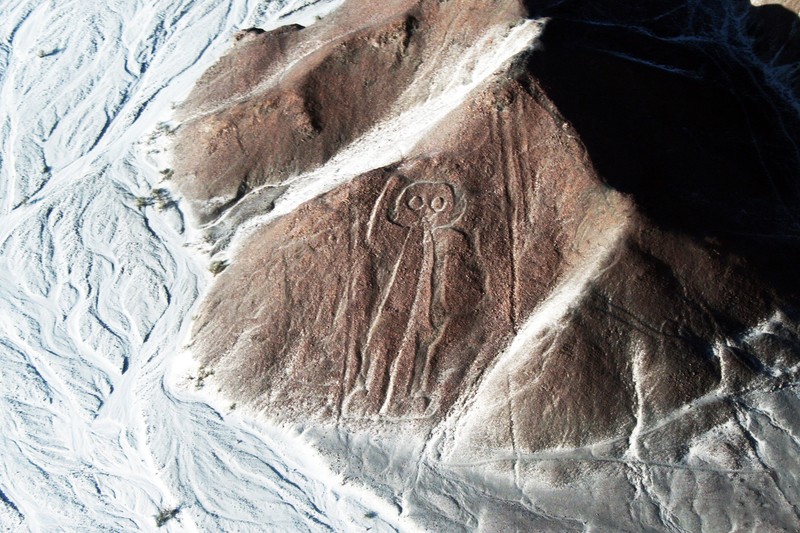 Who ar WHAT made these things??

Carl Munck explores and explains the Nazca Lines of Peru, with the help of mathematics.
The Nazca Lines are a series of ancient geoglyphs located in the Nazca Desert in southern Peru. They were designated as a UNESCO World Heritage Site in 1994. The high, arid plateau stretches more than 50 miles between the towns of Nazca and Palpa on the Pampas de Jumana about 400 km south of Lima. Although some local geoglyphs resemble Paracas motifs, scholars believe the Nazca Lines were created by the Nazca culture between 400 and 650 AD.

Carl Munck is one of those people that thinks these were made by someone else.

What do you think?