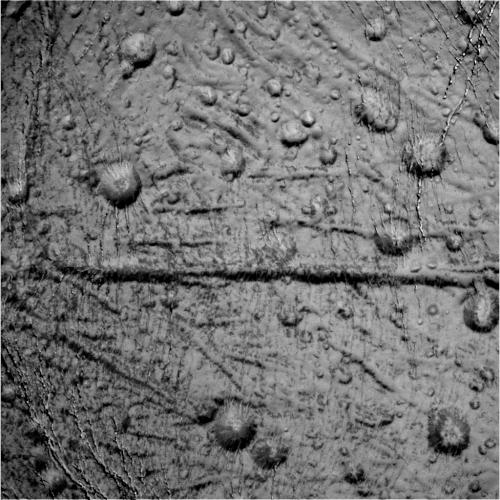 One of the most unusual spottings in astronomy in the last century is within our very own solar system.

The moon Enceladus has been considered extremely unusual for a long time with some of the prior pics coming from 2004.  Now, things have gotten even stranger:

If you thought Saturn’s moon Enceladus couldn’t get any more bizzare — with its magnificent plumes, crazy tiger-stripe-like fissures and global subsurface salty ocean — think again. New images of this moon’s northern region just in from the Cassini spacecraft show surprising and perplexing features: a tortured surface where craters look like they are melting, and fractures that cut straight across the landscape.

Here is one statement from a NASA engineer about this unusual and elusive moon!

“We’ve been puzzling over Enceladus’ south pole for so long, time to be puzzled by the north pole!” tweeted NASA engineer Sarah Milkovich, who formerly worked on the Cassini mission.

This is one of the new pics of the surface that looks like drips: