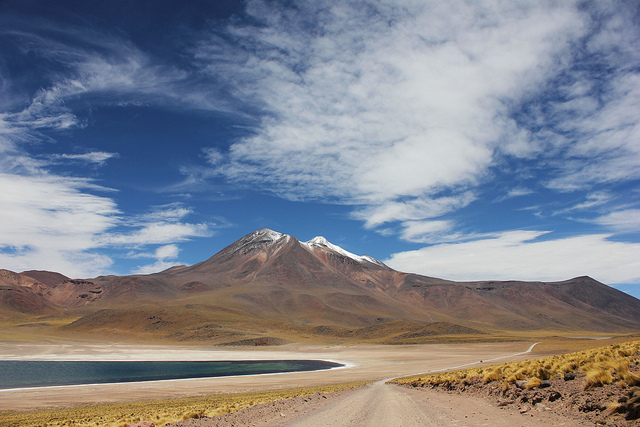 When Benfer and his team found the man made volcano they decided It was about time to excavate the mound. They wanted to see If they could find anything inside. To their surprise there was a collapsed stairwell that descended below a layer of adobe bricks to a mud plastered floor. At the very bottom of the stairwell was a fireplace that was full of bits of charcoal and shell. One of the samples of burned material from the hearth showed that the last fire was lit between the years 1492 A.D. and 1602 A.D.

Benfer believes that the dates are very important. Around that time in Peru, there were supposedly 4 total eclipses visible from El Volcán, according to Benfer. He also noted that the people of the northern and central coasts, or the Yungas, didn’t fear the eclipses like the Incas. Instead they greeted the eclipses with joy. Benfer speculated that the fire might have been used in ceremonies linked to the eclipses. The researchers aren’t quite sure when the actual mound was made. The site at San Isidro was active during the Late Formative period, 900 B.C. to 200 B.C.

It’s always interesting to hear about what happened in the past. Pyramids by far are my favourite monument left over from the past. It’s always great to think that we could have built something so large. And it’s amazing that we continue to build things and press forward to this day. Make sure to check back here for more of the strides we make! A thanks to Live Science for the help!